A life cut short. A mission that will live forever.

Scott Craven worked to help children who needed strong role models. His dream lives on in us. 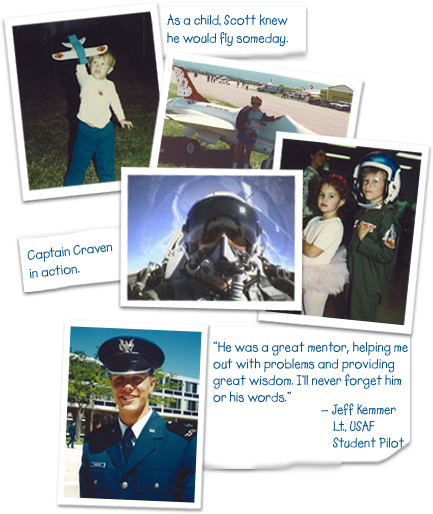 Born and raised in Bensalem, PA, Scott showed his interest in flight as a child. From the clouds and airplanes wallpaper in his bedroom, to the paper airplane crafts he made in kindergarten, to his fighter pilot Halloween costume — everything in Scott’s life pointed towards flying. Graduating from the United States Air Force Academy (USAFA) in 2002 was the first major step towards that goal.

In high school, as a member of the National Honor Society, he played both varsity football and basketball. Prior to entering the USAFA, Scott spent a year at the Valley Forge (PA) Military Junior College where he played varsity basketball as a walk-on candidate. While earning a BS in Engineering Mechanics at the USAFA, he also played intercollegiate rugby and earned his “jump” wings. In December 2003, Scott earned his pilot wings and was subsequently assigned to Moody Air Force Base as an instructor pilot.

Scott continued his active lifestyle, working towards his master’s degree from Embry-Riddle Aeronautical University (awarded posthumously), enjoying golf, rock climbing, surfing, running and bicycling. He completed his first triathlon in the fall of 2005.

It was his dream to be an F-16 pilot. Had his life not suddenly ended in a tragic automobile accident in February 2006, there is no doubt Scott would be soaring high overhead defending our freedom.

His outstanding attitude towards life carried beyond his passion for flying and into his daily interactions with the community. Though he’s gone, Scott’s memory lives in the hearts of his family, his fellow pilots, his friends and especially the children he mentored. He smiled brightly, laughed often, loved deeply and spoke kindly. He touched as many lives as he could in his 26 years — more than most of us do in a lifetime. 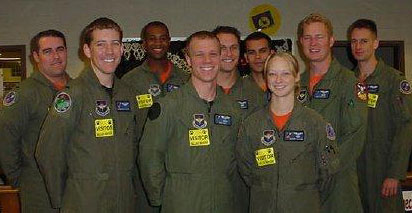 In the fall of 2005, the number of kindergarten students at the Sallas Mahone Elementary School in Valdosta, Georgia, with one or even both military parents deployed had grown. Their teachers noticed changes; some had trouble paying attention, some seemed withdrawn and others started acting out in class. To help, it was determined that these children would benefit from additional one-on-one attention that could be provided in a mentoring setting. Following discussions with military personnel, nine pilots from nearby Moody Air Force Base generously volunteered their time. This made the mentoring program possible.

Since then, all of the work has paid off. In addition to spending quality time together, the children and mentors have participated in local parades, activities and a shopping spree during the holiday season.

Because of its success — and the rising number of children in need of a mentor — the program was compelled to expand. By widening the pool of eligible candidates to include other Air Force personnel, local police officers and firefighters, the program was able to increase its number from the original nine to a team of 40 mentors. 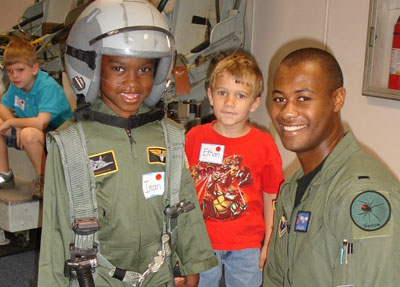 For every mentor we add, there are more children who want or need a strong influence in their lives. Add this growing demand for mentors to impending school budget cuts, and programs like the Scott Craven Mentoring Fund become more valuable every day. We need your support to help our program reach its full potential — so we can help some very special kids reach theirs.

Learn more about what you can do

We all have the power to change lives. How will you use yours?